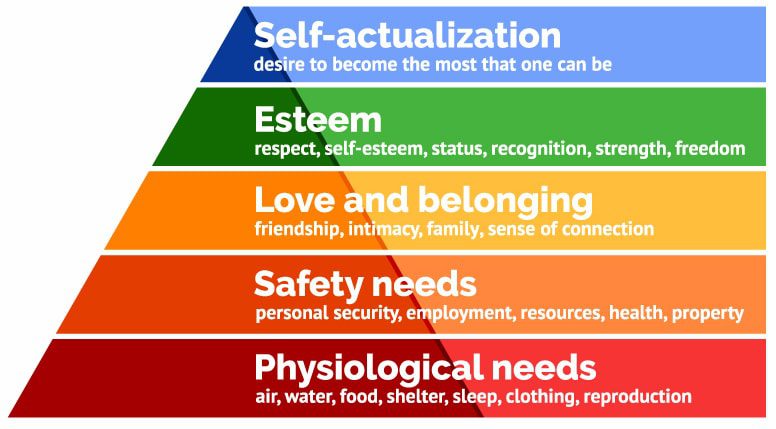 Doctors and medical students experience more anxiety, depression, drug and alcohol misuse and suicide, at greater rates than the general population and more than other health professionals. (1) What are we doing to turn this around?

Taking care of doctors is critical for the functioning of our heath care system. Recently at a Doctors wellbeing forum hosted by The Australasian Doctors’ Health Network, Dr Bethan Richards, this country’s first Chief Medical Wellness Officer appointed by Sydney Local Health District, noted that the current burnout rate for doctors in Australia is 55%, with a 5% increase every year. This is an astounding figure!

There has been so much written in recent years about the heath and wellbeing of our workforce, in health there has been a real focus on doctors’ mental health since Beyond Blue published its report, National Mental Health Survey of Doctors and Medical Students with PWC in 2013. The report found that doctors reported substantially higher rates of psychological distress and suicidal thoughts, compared to both the Australian population and other Australian health professionals. Young doctors (those less than 30 years of age) and female doctors appeared to have higher levels of general and specific mental health problems and reported greater work stress. The general work experience of doctors is accepted to be stressful and demanding. The most common source of work stress reported by doctors related to the need to balance work and personal responsibilities (26.8%), which may go some way to explaining why women doctors felt more stress than their male colleagues with the ABS data still showing women spent nearly twice as long as men on primary activities associated with unpaid work (primarily childcare and housework).

Our health system, focusing around hospitals, is sometimes more accurately called a disease system. It is built around the premise of fixing illness, not around prevention of illness or promotion of wellness, aka health. The complimentary fields of health have gone some way to attending to this gap and the Australian population has responded with estimates between 66-80% of the population using complimentary and alternative treatments, spending in excess of $3.5b a year in an effort to be well. Funding for preventative health, health promotion and complimentary strategies has struggled to compete with traditional western medicine trials that have clear measurable outcomes. The choices patients and doctors have available to them inside the existing health system are limited and sometimes perhaps the system is even contributing to the ill health of patients and their doctors.

The current health system is founded on the notion that it will treat sick people so that they can be disease free or cope better with the symptoms of their disease or disorder. Doctors are taught to, at a minimum, do no harm to the patient as the baseline of treatment, and that patient care is paramount. No real problem there. While we can probably all agree this is a great starting point in terms of safety, it tells us nothing about the patient or the doctor being well or healthy.

It sets the doctor up as the person who will attend to the problem, ideally fix the problem or solve the puzzle. In fact that is what the doctors tell me their job is when I am coaching them. When I ask them what their skills are they say over again, I’m good at fixing problems, thinking through puzzles, differentiating one set of symptoms from another. Excellent skills for a doctor to have indeed. Some young doctors tell me they are good at listening, and then some admit that that’s what they fall back on when they are not sure what to do, the simple skill of listening. Is it really listening skillfully and deeply, or merely the trap of taking a long detailed history until they think of something else to do, buying some time until they can work out how to solve the puzzle before them. I remember as a young psychologist doing that too.

If the doctor is in this situation too often, without good support, this might contribute to their feelings of doubt, confusion and fear which often stays in their experience as shame. In addition, 59% of the doctors in the Beyond Blue survey reported that being a patient caused them embarrassment. Of the medical students in the Beyond Blue survey, with a current diagnosis of depression, anxiety or having attempted suicide in the previous 12 months, 42% felt that senior doctors would advise them not to disclose their diagnosis. Shame and stigma prevail. Perhaps this is part of the high burnout rates, self medication and suicide experienced by doctors. When I meet with groups of doctors any conversations we have about courage quickly move to conversations about shame and imposter syndrome, the notion of courage is downplayed quickly by these doctors.

Doctors decide individually and in the context of their specialty (according to membership of their College) if they will include ongoing supervision, formal mentoring, peer review mechanisms and the like as a means of support, development and accountability as part of their self directed learning professional development. There is no registration requirement across all accreditations for doctors to be compelled to utilise supervision. Some hospitals do more than others to provide formal support processes to their doctors and of course every state has a Doctor’s Health Organisation providing counselling when things have gone wrong (the ambulance at the bottom of the cliff).

The three pillars of wellness are said to be nutrition, exercise and sleep. Thinking about healthy also includes thinking about protective factors, things that help us maintain our wellness in the face of a threat, like having a support network around us, to buffer us when life throws something unexpected at us, like the flu or an accident. Other protective factors include resources like money and education, faith and internal qualities, like optimism or resilience.

Maslow described his motivational theory, commonly known as Maslow’s hierarchy of needs in 1943, it is a widely accepted theory. It concludes that our human needs exist in a pyramid beginning with physiological needs, safety, love and belonging, esteem and self-actualisation. We need to fulfil the needs lower in the pyramid enough- physiological needs like food, water, shelter and feeling safe, before we can attend to the other needs.

In short, when we are able to meet our physical needs and we feel safe, we have the foundations of wellness. Once we have this foundation we can take up the opportunity to grow our resilience, build effective relationships, our own esteem and our ability to contribute to the greater good. More recently Google’s Aristotle project found that by far, the most significant quality of effective teams, was psychological safety. Each member of the team contributes to this sense of safety. When our basic physical needs are met and we feel safe we also have the capacity to foster protective factors for the future, for example, once our basic needs are met and we feel safe, our capacity to learn increases.

With all the will in the world our doctors are not able to meet their basic needs in their workplaces all of the time. More than one emergency physician has told me they are unable to go to the toilet when they are on shift in the ED (usually for 10-12 hours), which probably means they are dehydrated. Many doctors barely eat when they are at work, few take a meal break and many tell me the way their colleagues in the hospital from other specialties speak to them is terrible, most do not have a place where they can have a private conversation at work and many staff lounges have been removed from hospitals in deference to other requirements. When humans are stressed, hungry, isolated, tired or burnt out we are emotionally, psychologically depleted. When we are depleted in this way we are less able to regulate our emotions and our interpersonal skills are impaired, our capacity to problem solve is reduced, the very skill doctors tell me they most naturally have can be lost because they did not get lunch.

Many will tell me that these issues are systems problems. I agree. The health system is complex and immune to change, meaning cultural change will happen slowly, randomly and inconsistently. Even the clarion call of doctors dying seems to be having little impact. As a system we either have little insight or little capacity to respond. Are individual doctors mirroring this one by one? Is it possible that a doctor could have little capacity or insight into the impact work is having on their own health until it’s too late? And the system continues to respond after the fact, the ambulance at the bottom of the cliff, because it is a system modelled on responding to illness not one that promotes wellbeing and health. Individually doctors expect to be able to fix the problem, to be resilient and to push through, is that what the system is doing too?

The Mayo Clinic have demonstrated “that deliberate, sustained, and comprehensive efforts by the organisation to reduce burnout and promote engagement can make a difference. Many effective interventions are relatively inexpensive, and small investments can have a large impact. Leadership and sustained attention from the highest level of the organisation are the keys to making progress.(1) Dr Richards told us at the Doctors’ Health Forum that the USA has gone from one Chief Wellness Medical Officer to 45 in three years. This is exciting news. Here in Australia there seems to be little, if any, new funding for similar positions. Dr Eric Levi has written of the myriad of ways we might as individuals, organisations and as a whole system respond to this crisis of wellbeing in our doctors. He concludes that “we need compassion, courage and collaboration for change”.

This situation needs a response from all directions. Using Dr Levi’s three Cs of compassion, courage and collaboration: Individual doctors who have the courage to say out loud what they need for basic wellbeing – starting with their physical needs and what will help them feel safe at work – yes, using these words. Each individual doctor can help their colleagues to say out loud what they need, each individual doctor, in fact, owes this duty of care to each person they work with and to themselves. In doing this they are practicing self compassion and compassion for each other’s lived experience and in acting this way they will be collaborating.

While this is happening at the individual level, Universities, Colleges, Hospitals and Clinics, the AMA and doctor health organisations might consider how investing resources at the top of the cliff might be better in the long run and the immediate term. Some shared will to collaborate, with courage and compassion for the workforce today, not over the next five years, to teach our doctors self awareness, leadership, communication and mindfulness skills. As a workforce, doctors are not demonstrating that they have these skills, core competencies for wellness. I wonder when organisations will admit that what they are doing is not working, perhaps they actually can not tell what wellbeing looks and feels like. There is a better way forward, but it will take some insight into what wellbeing is and a commitment to tending to the foundations of physical health and psychological safety.

If you need help now, contacts for all Australian States Doctors’ Health Agencies are here.